From Romance to Art, Culture to Cuisine, Adventure to Thrill; Italy has it all! I remember picturing all the artifacts and sculptures while reading Dan Brown’s novels. The way he describes ancient monuments is a real justice to what Italy has to bring.

ROME: The city of Ceaser, Native to Catholics, Gateway of Rome, it has been rightly said: “Rome was not built in a day.” With the Romantic buzz to historical relevance Rome is the answer to both in one go. Rome is not just the capital of Italy but one of the most visited places by tourists.  The impregnate antiquity and moral ethics of Christianity, Rome has preserved everything through hundreds of decades now! Going through a few must-visit places of Rome:

One of the major tourist attractions which once used to be called “Flavian Amphitheatre.” Chosen as one of the Seven Wonder of Modern World, Colosseum glorifies with significant history. Roman Empire built the amphitheater under the label “bread and circuses” which allows more than 50,000 people to gather at a time, watching a battle of gladiators, witnessing an execution, a feast or other entertainment purposes. 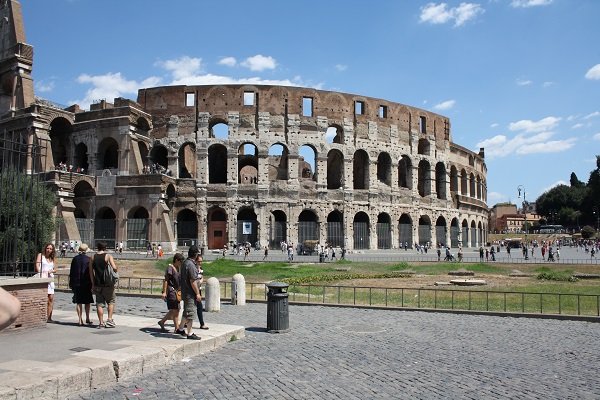 One of the largest churches in the world, St. Peter Basilica is the holiest temple of Catholics. The Basilica was named after one of the Jesus’ disciples, Saint Peter who later became the founder of the church. Saint Peter was crucified in Rome and was entombed, the very place where Basilica now poise. Many architects together designed the church itself; dome was designed by Michelangelo.

Baths of Caracalla is an art form of showers from ancient Roman times. Since 212AD Rome is successful in preserving the works of Emperor Caracalla who initiated the need to detox the problem of sanitization. The baths were active for thirty decades and provided with the facility of three different kinds of water, cold, Lukewarm, and hot water baths.

The Grand Canal is entirely a treat to the eyes. With reverse-S shaped waterway, Grand Canal divides the country into two parts. This 30-40-meter-wide canal sorrounds Venetian castles from both the sides giving a zig-zag way out. This Canal gives an outlasting shimmery look of sunset and lights in the night reflecting on clear water, with ferries crossing the waterway under the streetlights on twain shores.

Rialto Bridge is indeed the heart of Venice. This bridge was earlier known to be the only way of crossing the Grand Canal on foot and therefore had played an immensely important role in ancient times. With three passageways, Rialto Bridge amuses tourists till date. Two along the outer balustrades or the staircases and the wider one in the center.

There is no movie, no photograph nor any book which can put the beauty of Venice into words or reel!